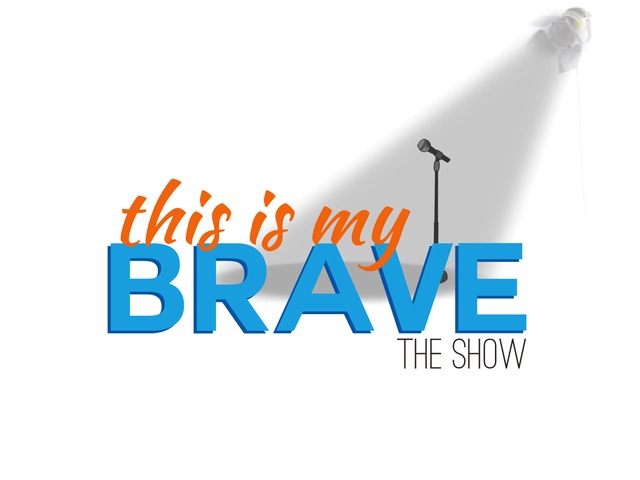 Our mission is to ignite and actively promote―through community programs and social media― a positive, supportive national conversation about mental illness for those who live with, or love someone who lives with, a mental illness. Through the sharing of stories and experiences of those in recovery, we expect to provide a sense of community and hope; and encourage others to share their stories. We believe that each time one of us shares our story, there’s another crack helping to break down the stigma of mental illness. Right now, it’s time to be brave and bring mental health issues into the spotlight because they’ve been in the dark too long.

We believe in the power of community. There’s strength found in people coming together to propel a movement forward which is why we created our organization.

I performed in the very first production this past May. I’m someone who struggles with an anxiety disorder (panic disorder with agoraphobia.) I’m very open about my struggles. Really, I’m an open book about just about anything. And I’ve shared my experiences before in my mothering articles (about parenting with a mental illness and what postpartum anxiety looks like.) The feedback I got from these articles was nothing but positive. I got a lot of thank you notes from readers who have always struggled and felt alone in their struggles. So imagine how thrilled I was to take part in a campaign to continue to share stories of mental health struggles and recoveries. 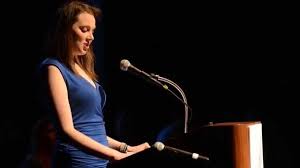 In My Gut and My Head

When I first started suffering from anxiety, I was 23 and I had no idea what was wrong with me. I thought it was in my body. Maybe I had some passing out disorder. That’s a thing, right? Maybe something was wrong with my digestion. Or my heart. Or maybe my migraines were out of control.

It isn’t that I didn’t know about mental illnesses. I had been diagnosed with depression in my teens. I had taken enough psychology courses to know about anxiety disorders.
But I didn’t feel it in my brain, in my thoughts. I felt it in my gut.

My first panic attack was late at night on a trolley in Philadelphia where I lived. I was riding from one end of the line to the other. And it was the longest 45 minutes of my life.

I was nauseated.
I was lightheaded.
I had stomach cramps, and felt like I had to go to the bathroom.
I worried I would throw up or soil myself.
My cheeks and my fingers were tingly.
I was shaking. All over.
I felt under water. I felt displaced.
I was afraid.
Terrified, actually.
I wanted to get off the trolley. More than I’ve wanted anything in my life. I needed to get out.

But the trolley went through a sketchy part of town. There weren’t well-lit stores or restaurants or bathrooms. So I stayed put.

After the fact, I had no idea what that was. But it was the worst thing that had ever happened to me.

And it happened again. At a restaurant this time. I finished my meal, and instead of feeling pleasantly full, I felt like I was going to throw up. And then I realized we were in this tight little corner, far from the bathroom.
I became sort of obsessed with bathrooms.

The more I had these episodes the more I started to realize that these awful sensations did actually accompany thoughts and fears.

I’d think:
Wait, where’s the bathroom?
I sort of have to pee.
I really have to poop.
I feel like I might throw up.
I need to get out of here.
I can’t wait in traffic.
I’m stuck.
I’m trapped at this red light.
I’m trapped in this line.
I can’t leave.

I dreaded and feared so much. And it suddenly clicked: this is anxiety.

That was my diagnosis: panic disorder with agoraphobia. Throw in a side of depression and a good dose of compulsions surrounding the bathroom and the rituals I performed before I left the house and even before I went to bed.

I had trouble eating. I hated feeling full, and I didn’t want to eat something that might upset my stomach…which meant a whole lot of oatmeal.

I lost a ton of weight. But I was preparing for my wedding, so everyone assumed it was intentional. Let’s not even discuss how messed up that is. Nothing like feeling like shit and being told how great you look.

Life with panic disorder is pretty awful. Panic attacks just jump out and surprise you with the worst terror you have ever experienced and symptoms that feel life or death. That’s what a panic attack is. And I hate when people use that phrase flippantly. Saying: “you gave me a panic attack” when someone taps them on the shoulder and surprises them.

The good news about panic disorder: meds and behavior changes really help. Conquering fears is no walk in the park. I still don’t do well on public transportation. But a couple weeks ago, with my husband and my two little kids, I stepped onto the Philadelphia subway. My four-year-old was delighted to ride a train. And I smiled and rode with them. I hated every second. Mostly the time waiting on that platform. But, you know what, I did it. My husband couldn’t even tell how nervous I was. So that day, I totally kicked ass.

But the takeaway I’d love you to remember is that sometimes mental illness can manifest physically. A lot of days I don’t know what comes first: the twinge in my belly or the nervousness. And I’d love it if people can skip consulting Dr Google on things like “passing out diseases” or “traumatic experiences where nothing bad actually happens.” Because those are some troubling hours I’ll never get back.

I’ll leave you with a quote from David Levithan’s book Every Day “I have to keep reminding myself–this is not me. It is chemistry. It is biology. It is not who I am.”

Of course I couldn’t resist making a YA Lit reference. 😉 Because it’s who I am.

Okay, now, what can you do to help end the stigma surrounding mental illness? So many things!

1. Share your own story. Be open. You don’t need to audition for a show to do this. The possibilities are endless.

2. Be supportive of those struggling. Be an ear. Ask how you can help. Applaud openness in others.

3. Support This is My Brave through their Indigogo campaign so they can fund the three performances they have upcoming this spring.

We can make a difference! *Group Hug*

The Birds, the Bees, and You and Me book trailer

My spouse made me this amazing book trailer!

Before I Disappear book trailer

This isn’t my book, but is my dear critique partner’s book, so me and my spouse made it for her book, which you should definitely read!